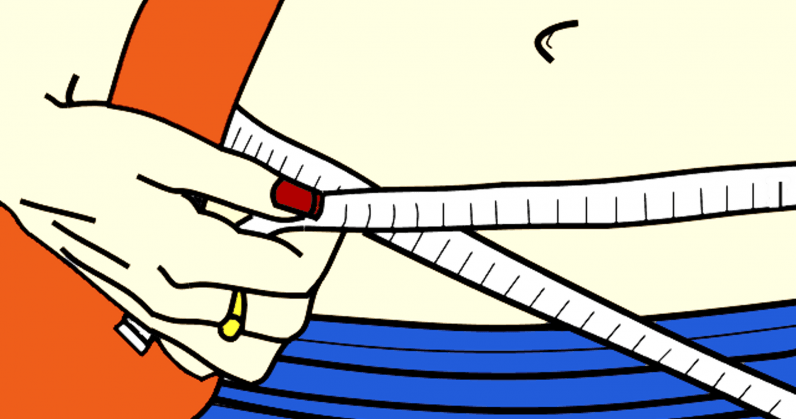 “Anorexic patients can normalize their eating rate by adjusting food intake to feedback from a smartphone app,” says Professor Per Sodersten, lead author of a recent study on the matter published in Frontiers in Neuroscience. “And in contrast to failing standard treatments, most regain a normal body weight, their health improves, and few relapse.”

The study showed the failing in traditional treatment methods, most of which treated anorexia as a mental disorder rather than an eating disorder. The standard treatment, to date, is cognitive behavioral therapy (CBT), which uses targeted counseling focused on retraining the brain to avoid harmful behavior, among other things — like treating phobias and combatting other disorders, like PTSD.

The rate of remission from this form of therapy, according to Soderstein, however, is “at most 25 percent” after one year. Longer-term outcomes are unknown.

Soderstein advocates for targeting the eating behaviors instead of the cognitive process. “This new perspective is not so new: nearly 40 years ago, it was realized that conspicuous high physical activity of anorexia is normal, evolutionary conserved response — i.e., foraging for food when it is in short supply — that can be triggered by dietary restriction.”

To combat this, Soderstein and his team devised a machine that provides feedback based on eating habits of anorexic individuals. A scale connected to a smartphone weighs a plate during a meal, and an app creates a curve of food intake, meal duration, and an individual’s rate of consumption. At regular intervals, a rating system appears on the screen asking the subject to rate how full they are.

Using a reference curve for the feeling of fullness, anorexic individuals can slowly train their body to eat normal portions again through visualization of what that looks like based on a number of custom-tailored data points.

The method has been used to treat over 1500 patients so far, with a rate of remission at 75 percent over one year of treatment. That is to say, three in four individuals return to healthy eating levels inside of a year and only 10 percent relapse into their old eating habits over five years.

Currently, the device and app are only available to Soderstein and his team. The breakthrough, however, could have wide-reaching implications to the mental health world, particularly in how they treat eating disorders down the road.


The app teaching anorexics to eat again
on EurekAlert