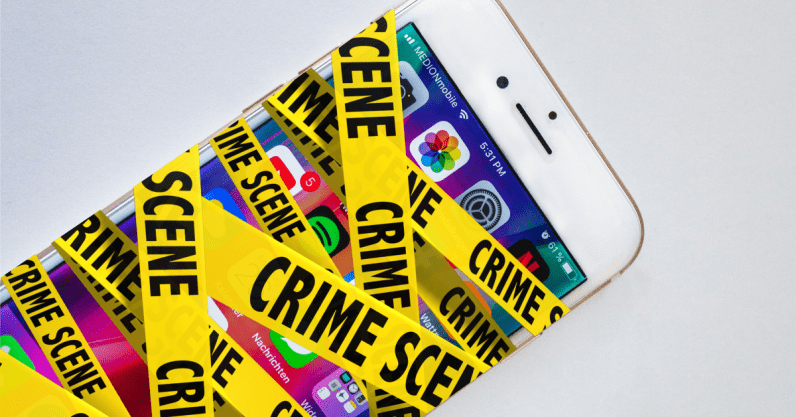 For the ongoing series, Code Word, we’re exploring if — and how — technology can protect individuals against sexual assault and harassment, and how it can help and support survivors.

In April 2019, police in the UK introduced new consent forms asking sexual assault survivors for permission to access their personal information stored on their phones. If survivors refuse to hand over phone data in this “digital strip search,” police will allegedly stop investigating their rape case.

These consent forms, which have been rolled out by all 43 forces in England and Wales, ask the permission of survivors to pick apart seven years worth of text messages, photographs, email, and social media content.

“If you refuse permission for the police to investigate, or for the prosecution to disclose material which would enable the defendant to have a fair trial then it may not be possible for the investigation or prosecution to continue,” the consent form outlines, according to the Associated Press.

According to Big Brother Watch, a non-profit privacy campaigning organization, the police and Crown Prosecution Service are already facing backlash over the gross invasion of privacy and concerns around data protection.

According to a petition addressed to Nick Hurd MP (Minister for Policing, National Police Chiefs’ Council, and CPS), this “digital strip search” is ‘unlawful’ and ‘makes survivors feel as if they’re the ones on trial.’ The petition against the practice has been signed by just shy of 36,000 people at the time of writing this — only 4,000 away from its goal. It has also been endorsed by 10 campaign groups, including Big Brother Watch, Amnesty International, the Centre for Women’s Justice, and End Violence Against Women.

“My phone documents [have] many of the most personal moments in my life, and the thought of strangers combing through it to try to use it against me makes me feel like I’m being violated once again,” one survivor who spoke to the campaigners said.

Since its introduction, police have attempted to reassure survivors that only material relevant to the potential prosecution will be taken into consideration. Soon after the new protocol for sexual assault survivors was rolled out, the NPCC tweeted:

We are sensitive to the concerns about privacy when asking for access to digital data to pursue a reasonable line of enquiry. Officers will only ask for access to private data when necessary and proportionate, and advice will be given so victims can make an informed decision.

But the form itself states even information of a separate criminal offense “may be retained and investigated,” as reported by The New York Times.

Whilst it’s not unreasonable for police to request additional information to confirm a crime has taken place, in the case of rape, the legal system has all too often failed survivors of assault. When it comes to sexual assault, police often disbelieve survivors, something that doesn’t seem to happen as often with other crimes — simply having a one-size-fits-all criminal justice system won’t work.

This “digital strip search” is just another hurdle for survivors to consider when reporting their attacker — as if it isn’t challenging enough.