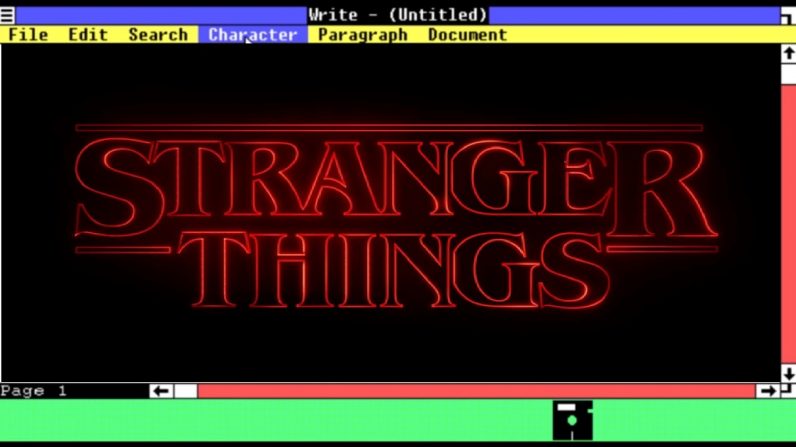 Microsoft yesterday took to Twitter and Instagram to tease social media denizens with a cryptic Windows 1.0 video. After you check your calendar to make sure it’s still 2019, check out the posts below:

As you can see, the 13-second clip appears to be a teaser for Windows 1.0 – and that doesn’t make a whole lot of sense. The inaugural version of Windows was released in November of 1985. And nearly 34 years later we’ve survived the horror that was Windows ME and Windows Vista to finally arrive at Windows 10.

It seems unlikely Microsoft is going to re-release Windows 1.0 in any capacity other than as a marketing scheme to announce the next version of Windows. After all, this is the company that named its third Xbox console the ‘Xbox One,’ so there’s precedent.

Another theory behind the strange video: it’s a cool thing to tweet or ‘gram with no real purpose, perhaps somewhat related to the next Windows 10 update. Why not? Microsoft is more concerned about hearts and minds than bottom lines these days – stuff that drums up nostalgia usually leaves folks with a positive impression. Who can forget the first time they used Windows?

However, if you’re willing to go out on a limb, there’s an explanation that makes perfect sense – but it might just be wishful thinking. Microsoft and Netflix could be in cahoots to promote the third season of Stranger Things. Stick with us here.

Stranger Things’ third season launches on July 4, and it takes place in 1985. The timing lines up pretty well in both instances, and Microsoft would make a perfect partner for the show. Here’s why: in the first two seasons Dungeons & Dragons was a pretty big plot-piece and audiences showed they enjoyed that quite a bit. In fact, when TNW interviewed a teacher making six-figures teaching D&D classes online, she told us the reason her classes were so busy was at least partially due to “the Stranger Things effect.”

In this light, Microsoft makes a pretty smart tie-in partner for Netflix because, chances are, anyone who played D&D in the early 1980s ended up obsessing over personal computers by the end of the decade. And, sure, even if Microsoft and Stranger Things are working together it could just be a small tie-in, like when a main character eats Doritos on screen.

But wouldn’t it be much cooler if the cast members without Upside Down-world superpowers were able to use a computer to leverage their nerdiness to aid … well, we won’t spoil anything for those who haven’t seen the first two seasons.

So far Microsoft and Netflix are both keeping mum – neither responded to our requests for comment – but we’re hoping the conjecture is true and we’ll get to see Windows 1.0 make its glorious debut all over again in fiction. Either way, we can’t wait to binge-watch the further adventures of Eleven and the gang when Stranger Things season three debuts on Netflix this Independence Day.