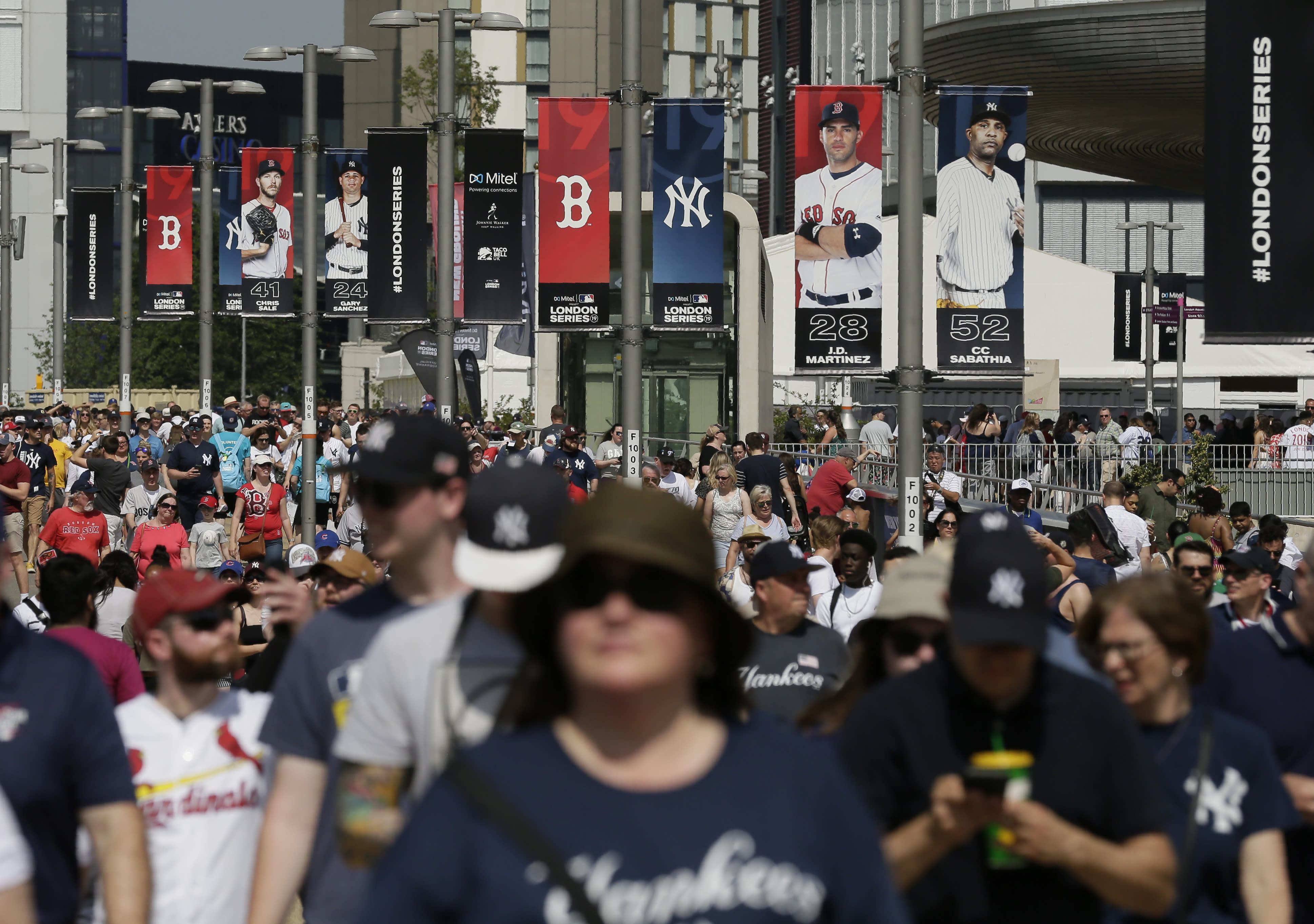 Making the long walk from the Stratford train station through a mall and to Olympic Stadium, fans headed to the first Major League Baseball games in Europe passed retailers filled with gear from Premier League clubs. Next on the route was a tented pop-up outlet brimming with merchandise from the New York Yankees and Boston Red Sox. "It's probably quite hard for them to catch attention," said House of Commons Speaker John Bercow, familiar with competition for recognition both in Parliament and at sports venues, "but I think it's becoming less hard because more and more people have got access to a television that enables them to watch an American football match and possibly a baseball match.