A small company wanting to extract gold from a mine on conservation land fears for the future of the industry in the face of red tape, local hostility and official indifference. 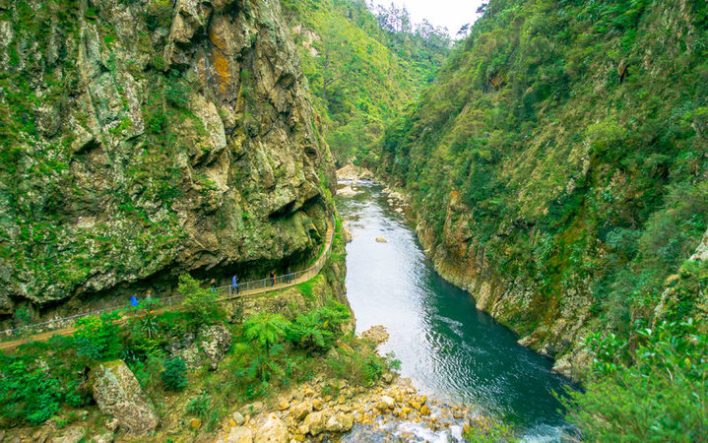 New Talisman Gold Mines has spent $1.8 million over 18 months to get the century-old mine in Mount Karangahake near Waihi back in to production.
Photo: 123RF

New Talisman Gold Mines has spent $1.8 million over 18 months to get the century-old mine in Mount Karangahake near Waihi back in to production.

It has a resource consent to extract 20,000 cubic metres of ore a year for sampling, and it estimates it could produce as much as 51,000 ounces of gold from the mine once it starts full commercial production.

The mine is on Department of Conservation land and the company has a permit to look for gold and silver for 25 years.

New Talisman chief executive Matthew Hill was excited by the prospect of gold, but said the operation had received little support.

“We really are left to work within the regulations,” he said.

The company, which was borne out of a former owner of the mine Heritage Gold, has had a battle over the years to get the project underway, having to contend with promised investment failing to eventuate, constantly tapping shareholders for money to develop the mine, which has been a money loser.

It’s also had a hard time from regulators, with the Australian stock exchange warning investors about the company’s claims and forcing it to remove a study in June that was not independently backed up.

Not in our backyard

The mine has also attracted strong opposition from anti-mining groups, which battled it being granted various consents, and blocked access to the site.

The co-ordinator of the Coromandel Watchdog, Augusta Macassey-Pickard, said New Talisman was not welcome in the area.

“We are strongly opposed to any industrialisation of a conservation estate in New Zealand.”

Ms Macassey-Pickard also has doubts about the company’s size and strength.

“It is a fairly untried and untested company. I don’t really see how a company like that, with nothing behind them, would be able to clean up any mess they make.”

Mine manager Lincoln Smith said opposition was expected but protests at times had threatened the safety of mine workers.

“The average New Zealander doesn’t really understand the industry at all. It’s probably a little bit of ignorance,” he said.

“The only reason we have mines is because people need the products. Gold’s not just used for a shiny ring … it is for everything from space travel to cellphones.”

Hauraki District Council deputy mayor Toby Adams said the company had kept to itself, and done little to engage with the local community.

Mr Smith said the company’s relationship with the community had improved, but it still felt isolated.

“The silence sometimes is fairly deafening and miners do feel like the unwanted industry in the country.”

Energy and Resources Minister Megan Woods said the government wanted to better understand New Zealand’s mineral estate and had granted funds and rolled out research projects to do that.