David Beckham took to Instagram to share a sweet photo of his daughter Harper after her hair transformation last weekend. The retired footballer shares four children with Victoria Beckham

David Beckham had been quite vocal about wanting his only daughter Harper to keep her hair long. But during the summer, the seven-year-old decided that she wanted a change, and ever since she’s been experimenting with different hairstyles. Last weekend, Harper had her shortest haircut yet after taking a trip to the salon with Victoria Beckham, and looked gorgeous after having a French bob with a full fringe. Her doting dad has since shared a lovely candid photo of Harper at the family home, busy making him a bacon sandwich. The picture was captioned: “Easy like Sunday morning. My little chef. Thank you for my bacon sandwich. Watch out chef @gordongram.” 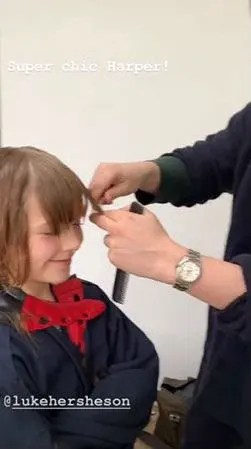 David had previously spoken about his daughter’s hair when it was still long, telling Yahoo Style: “About a year ago, my wife said, ‘Maybe we should cut Harper’s hair.’ And I was like, ‘No! We need to grow it. Do. Not. Touch.’ Since she was born, we haven’t cut it. That’s why it’s pretty much down to her knees. I had to. It’s just so good, isn’t it?”

Harper is the only daughter of David and Victoria, and David has previously said that his little girl can do no wrong in his eyes. Talking to ET, David said: “I have no power with that little girl – no power whatsoever. I love all my children, of course, equally but I’m definitely stricter with the boys than I am Harper, which gets me in trouble with my wife of course.” David also dedicated a special song to Harper during his appearance on Desert Island Discs in 2017, by choosing The Girl is Mine by Michael Jackson and Paul McCartney. He said that during Harper’s early years, a lot of their time together involved him dancing to the track in order to make her laugh. 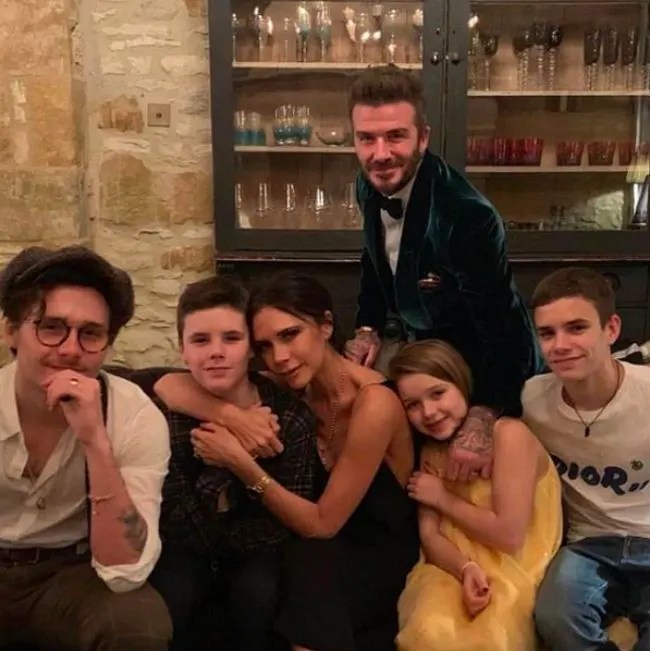 The Beckham family are incredibly close

While Harper likes fashion and art like her mum, former England captain David is hoping that Harper will follow in his footsteps when it comes to football too. David revealed this his daughter is playing football every Sunday and “loves it” during an appearance on The Graham Norton Show. He also joked that it was now down to Harper to follow in his footsteps as his sons no longer play football. “The boys don’t play and it’s heartbreaking. They have a talent but it’s down to Harper now. I get very enthusiastic when watching her,” he said. David’s three sons have other passions, as Brooklyn enjoys photography, Romeo is a keen tennis player and Cruz is an aspiring musician.