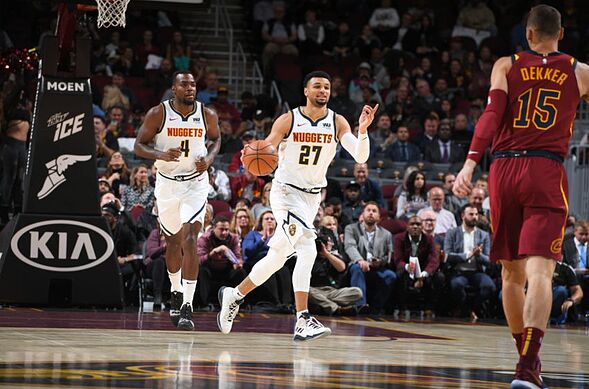 The Denver Nuggets will look to improve their home record.

The Denver Nuggets are coming off a big time win over the Chicago Bulls.

They won by a final score of 135-105 showcasing that they are still one of the top teams in the league despite getting destroyed by the defending champion Golden State Warriors the other night.

Now, the Denver Nuggets will welcome the struggling Cleveland Cavaliers to the Pepsi Center.

As we all know, the Nuggets have a history of losing these type of trap games to the “lesser,” teams in the league. For example, the Phoenix Suns this season, the Atlanta Hawks, Sacramento Kings and once again, the Phoenix Suns last year.

With this in mind, this game is actually somewhat of a must win for the young Nuggets who still have a firm hold on the second seed in the Western Conference and are only  half of a game behind the high powered Golden State Warriors.

The Cleveland Cavaliers are without their lone All Star, Kevin Love, but that may not mean much considering the Nuggets did lose to the Phoenix Suns without their best player in Devin Booker a couple weeks ago.

A big reason the Nuggets fell from the top five in the most recent NBA power rankings. As a result, the Nuggets need to come out as aggressive as they did in the game against the Chicago Bulls after being blown out on their home court.

Not only would this help the Nuggets’ status, it would help them build up their confidence going forward. With that in mind, let’s take a look at couple keys to the game.