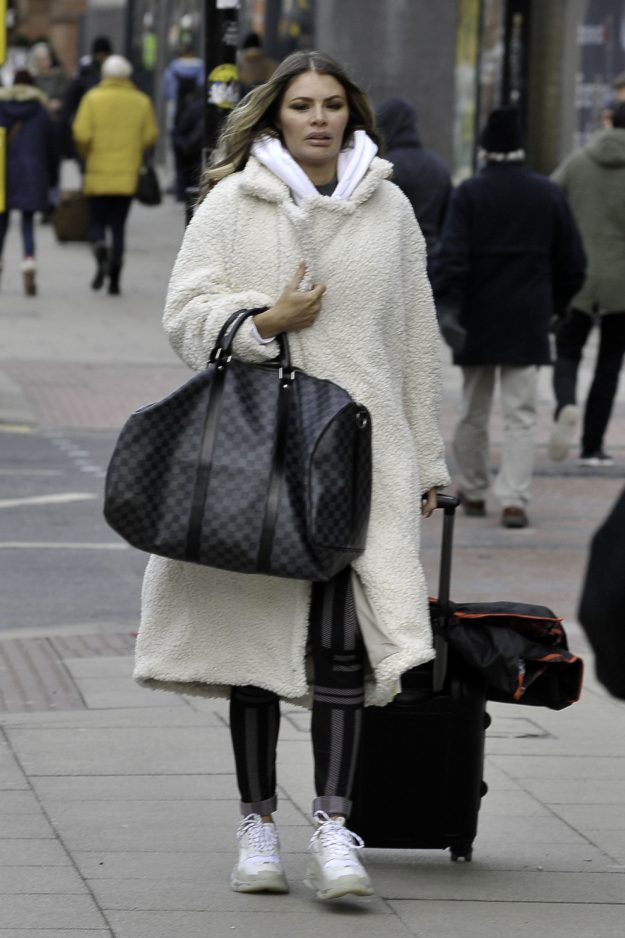 The Only Way Is Essex‘s resident glamour goddess, Chloe Sims has been spotted making a rare bare faced appearance.

The mum of one, 36, stepped out sans makeup as she emerged from Malmasion hotel in Manchester on Friday morning, after a night out partying with a host of reality stars including Rosie Williams, Olivia Attwood and Laura Anderson for the Lavish Alice fashion brand bash.

Chloe, who rarely appears without a hair out of place and a full face complete with glossy lips and contour, looked slightly jaded after a night on the town. 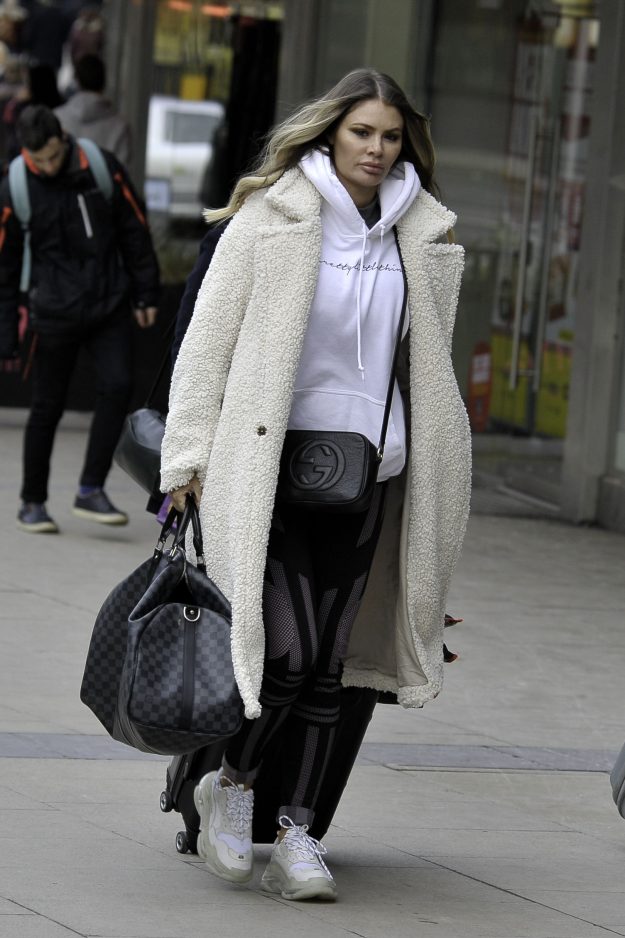 The beauty bar owner kept it casual as she left the hotel to make her way back to Essex in a pair of leggings, a white hooded sweater and an oversized cream teddy coat.

Showing off her designer wares, the reality star wore white Balenciaga trainers, slung a Gucci handbag across her body and held an oversized Louis Vuitton holdall – all whilst dragging a small suitcase along the pavement.

Chloe looked worlds away from the night before, where she glammed up with heavily lined eyes, a lipstick coated pout and dressed in a black, slinky, form-fitting pencil dress and heels with a vinyl strap detail. 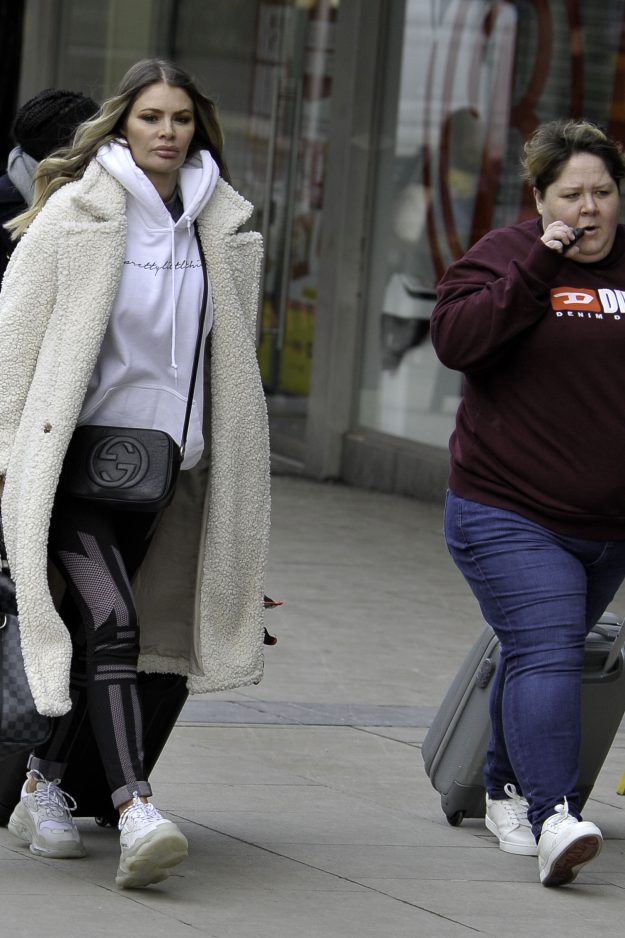 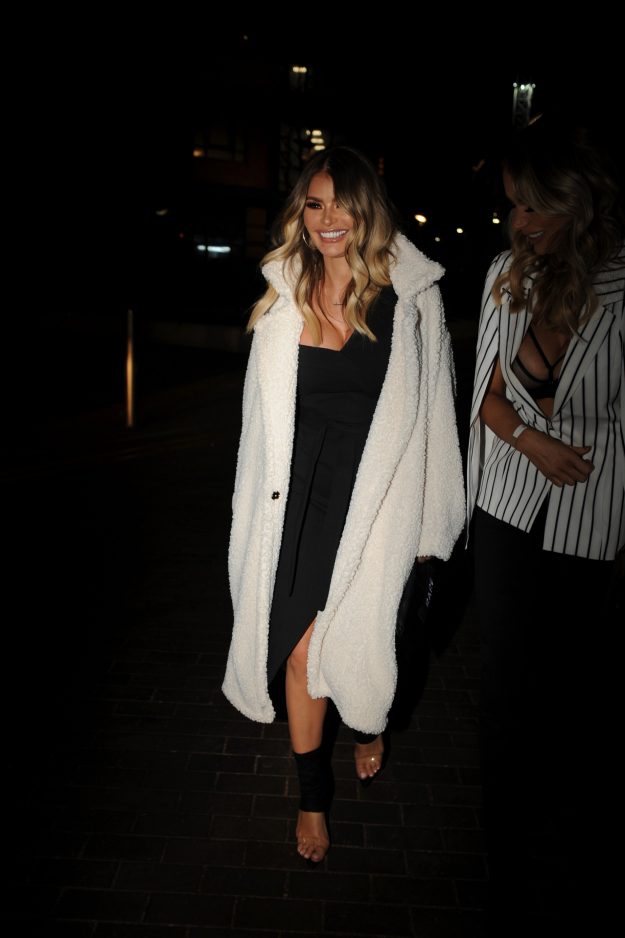 The Brentwood beauty’s getaway to Manchester follows on from her Celebs Go Dating co-star, Eyal Booker saying he won’t rule out a romance with Chloe.

Despite Eyal – who is set to star in a new series of Celebs On The Ranch later this year – claiming the pair are just friends, he recently exclusively told OK! online that he wouldn’t rule out dating the blonde bombshell in future. 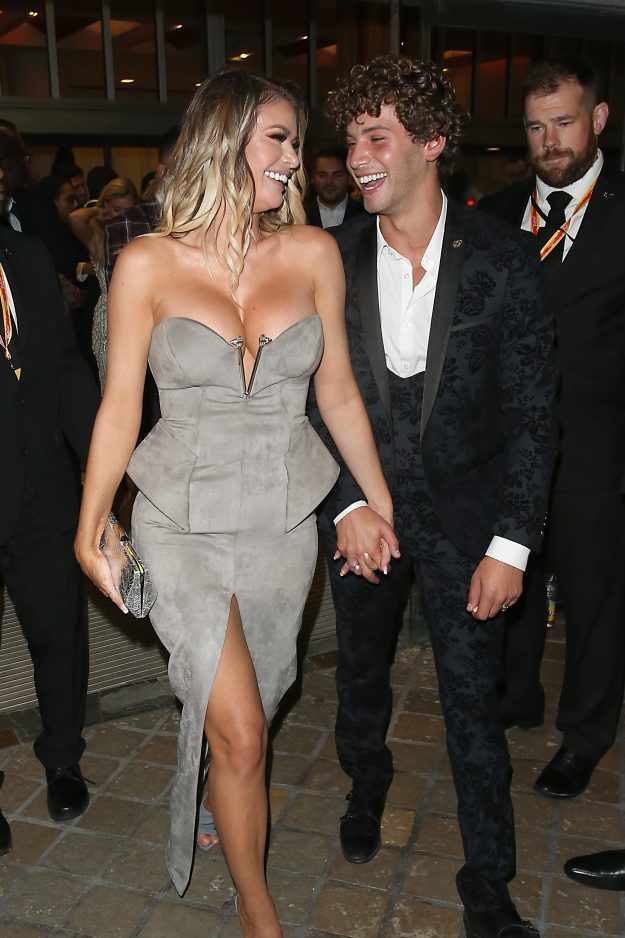 “But we’re such good friends, so I don’t want to ruin that.”

He added that it would have to be “something quite special” for him to take the plunge from friendship to something more, sweetly adding that he not only “admires Chloe as a woman”, but “as a mother” too.

Rumours sparked of the pair embarking on a romance after they were pictured looking smitten with each other as they departed the ITV Palooza hand in hand, after starring in Celebs Go Dating together.