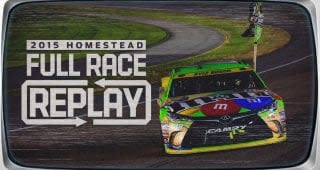 Kyle Busch had quite the storybook season in 2015. Before the NASCAR Cup Series could even begin with the annual opening Daytona 500, the driver of the No. 18 Joe Gibbs Racing Toyota was sidelined with injuries to both legs. Busch missed the first 11 races but later won five of the 25 he did […]