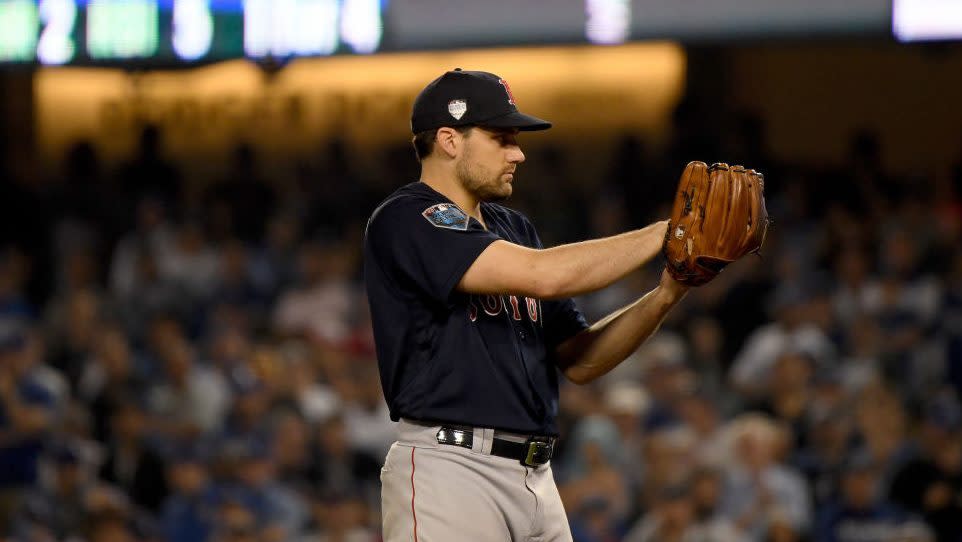 Robert Murray of The Athletic reports that negotiations between the Red Sox and free agent pitcher Nathan Eovaldi are “intensifying.” Fancred’s Jon Heyman backs up Murray’s report, adding that he heard the current asking price is four years at $17 million per year. It comes as no surprise that Eovaldi is using his strong 2018 campaign to attempt to command a four-year deal. The right-hander, who split his season between the Rays and Red Sox, posted a 3.81 ERA with a 101/20 K/BB ratio in 111 innings during the regular season.