Kurt Busch will not return to Stewart-Haas Racing in 2019 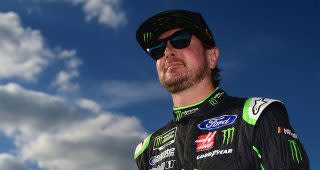 After five seasons at Stewart-Haas Racing, Kurt Busch is moving on for the 2019 season. The driver announced as much in a Sunday night tweet, with both the official team Twitter account and team co-owner Tony Stewart chiming in as well. “I would like to thank Stewart-Haas for 5 fantastic years,” Busch