Instagram has become the latest app to be affected by the additional notifications offered in iOS 14, with an errant activation of the camera and microphone indicator while not actively using the features explained away by the company as a bug. 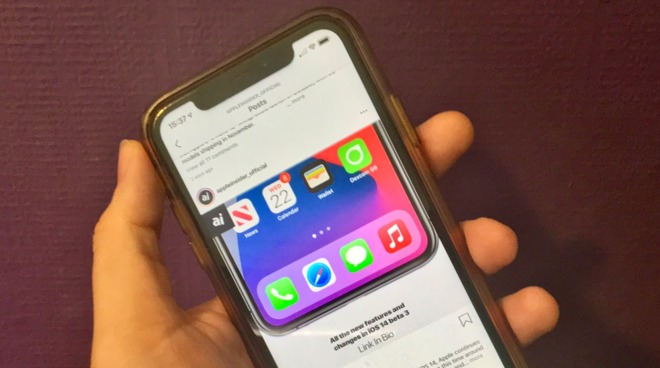 Apple's privacy-related changes in iOS 14 have caused trouble for many apps already, but a new one to suddenly face scrutiny is Instagram. The Facebook-owned image service was caught by users of the beta to be seemingly activating the camera and microphone indicators during times when the user was generally browsing the app's feed, and not actively requiring the use of the camera or microphone.The green indicator dot and the additional app-identifying element in the Control Panel was caused by a bug that is being fixed, Instagram told The Verge. The indicator could be triggered by a few elements, such as Instagram's Create Mode or accessing the Camera from the main feed.

How to pick the best monitor for studying and...

Apple releases trailer for season 2 of 'For All...