Apple is on its seventh round of developer betas for its roster of milestone operating system releases, kicking off the round with the seventh beta of watchOS 7. 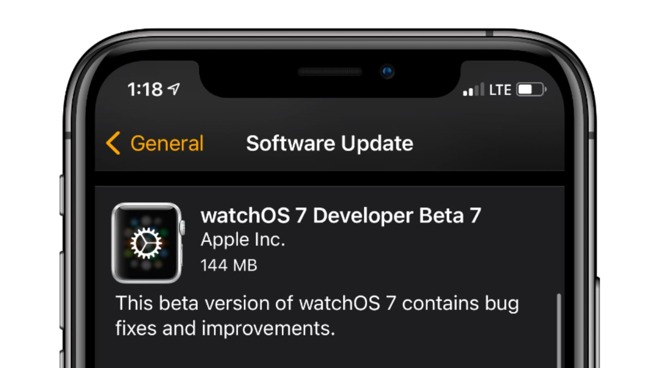 The newest beta versions can be acquired from the Apple Developer Center by participants in the Developer Beta program, or as an over-the-air update for devices already using the betas. Public beta versions arrive within a few days of the developer versions, accessible via the Apple Beta Software Program site.