Apple is making a donation to the National Park Foundation for Apple Pay purchases made in U.S. Apple Stores and the Apple website, until August 29. 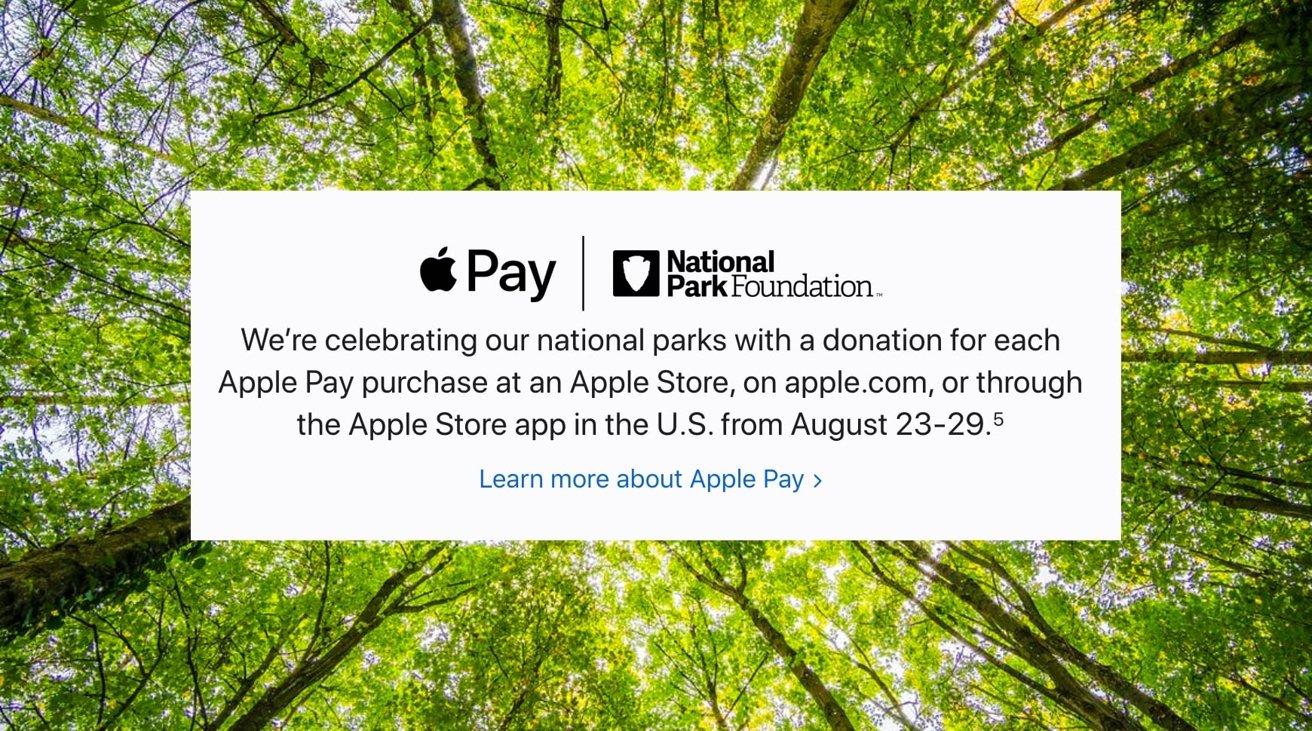 An update to the Apple website includes a new addition relating to Apple Pay. At the bottom of the front page, a section advises of a promotion where Apple will donate funds to the National Park Foundation.Running from August 23 to 29, Apple will make a donation to the organization for each Apple Pay purchase at an Apple Store, the Apple website, or via the Apple Store app between those dates. Apple says in the notice that it is "celebrating our national parks," with the U.S. National Park Service celebrating its 105th anniversary in 2021.